In The Name of The Father

zander vyne > Excerpts > In The Name of The Father 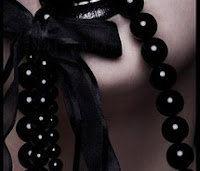 Every Sunday Isabella came to see Michael and, after her visits, the lingering scent of her haunted him—sandalwood, jasmine, and something else elusively female. He wanted to ask her what it was. Truthfully, he wanted to buy it and dribble it on his pillows so he could sleep with her, if only in his dreams.

But, that was impossible, so he struggled to banish his fantasies and concentrate on other things; he tried to do his job. His cock throbbed though, each time she was near. He couldn’t do a thing about that.

Sometimes, he could see only bits of her face; in here, she was shadowed and mysterious. He’d summon images of her dark beauty in other settings and place them over the veiled person actually in front of him on Sundays. He liked to think of her in the sunshine, outside. He’d never seen her that way—her brown hair shining, her full mouth smiling and laughing. He liked to imagine her happy and not like she was when she spent time with him.

“Antonio had him killed. I heard them talking about it. They didn’t know I was in the kitchen and they laughed. They laughed,” Isabella said.

“You must go to the police.” Michael knew she wouldn’t, even as he said it; they’d had similar conversations before.

He’d also talked with several of the women Isabella’s husband kept on the side. They all feared Antonio Moretti too though, unlike Isabella, they also craved what his power, his influence, and his money could do for them.

Isabella wasn’t like them. She’d actually loved Tony when they’d married, years ago. Now, all she wanted was to escape him.

Michael sighed, curling his fingers around his cross. Surely, this was a test. Only trouble was he had no desire to pass it. What he wanted was to take Isabella away from anything that hurt her. He wanted to rescue her. He wanted to fuck her.

Leave a Comment on In The Name of The FatherExcerpts

0 thoughts on “In The Name of The Father”