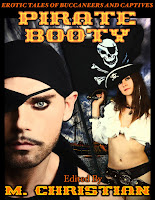 
Read a preview of my story, Adrift.