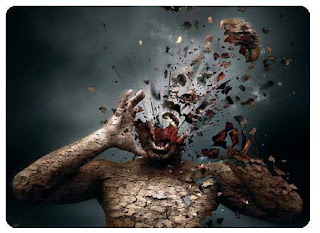 Writers from Anne Rice to Stephen King have said Richard Matheson inspired them to become writers, and he inspired me too. I discovered him when I was a kid, watching reruns of The Twlight Zone and hunting down a collection of his short stories after I realized the episodes I liked the best were all written by the same guy. Reading him, I learned to find strength in brevity, beauty in the ordinary and power in plain words. His work often featured ordinary people, facing extraordinary situations and scared me more than any horror I’d ever read (because Mr. Matheson made you see that the worst kind of horror is the one that lives down the street from you, the one your mother smiles at when you pass and who gives out full-sized candy bars at Halloween). Some of my favorites, and it’s hard to pick just a few, include Button, Button a short story about choices, greed and tempation; The Nightstalker TV series, the speeches Rod Sterling gave at the beginning and end of The Twilight Zone, the movie Duel, and the Trilogy of Terror in the 70’s (if you saw it, you remember it).  I hope he continues to inspire new generations of writers. We’ve lost a great man, but his work will ensure that his legacy never dies.

Mr. Matheson’s short story The Likeness of Julie inspired my short story Souvenirs. Souvenirs will be included in the upcoming release of my new short story collection, but I’m sure the publisher won’t mind sharing it with you in honor of Mr. Matheson. Thanks for the inspiration and RIP.

Readers, please note that this story is not for the faint of heart, or those who do not understand the difference between fiction and reality, and/or writers and their characters. This work is considered dark, literary erotica. If you are not a fan of horror, Richard Matheson, and dark erotica, please do not read this story. If you do read it, please take the time to comment.