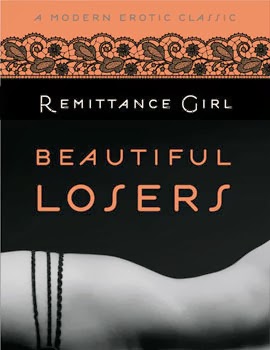 I’m a big fan of Remittance Girl. She writes more than just sex scenes. I’m not sure where the story took place. If it was mentioned, I missed it. The culture and place take a backseat and the focus is almost entirely on the micro world the main characters create for themselves.In this one, she offers a story about a threesome (a triad, as it’s called when three people enter into a relationship) between two “gay” men and a woman.She does a great job creating distinct character voices, and making her gay/bi people more human and unique and not the typical stereotype. A few minor characters do fall into this trap, but it’s not grating since they appear so briefly and are used as a contrast to the main characters.The sex scenes are also thoughtful, and no two are alike. As important as the sex, are the emotions felt by all the characters, though the primary voice and storytelling is from the female involved.There’s a sense of doom throughout, and I liked the fact that I didn’t see what was coming in the end despite an impending sense that something horrible was going to happen. This is not a romance or a feel good story, despite its nice message about humanity at the very end.*****SPOILER ALERT*****My only real issue with this book, aside from some editing mistakes (which are always irritating when you purchase something from a publisher and expect more), is that it ended too soon. I would have liked to find out more about what happened after the funeral, who killed Sebastian, and how it affected his lovers. To leave things where they were felt very unfinished. So much so that I thought something was wrong with my reader and had to go to Amazon and get a page count check. Maybe there will be a sequel to wrap up the loose ends.Despite the editing issues, and lack of a satisfying and complete ending, I’m giving this one 4 stars because of the quality of writing and the very real-feeling glimpse into a poly triad relationship.